Feng Shui outlook for 2023 the Year of the Water Rabbit 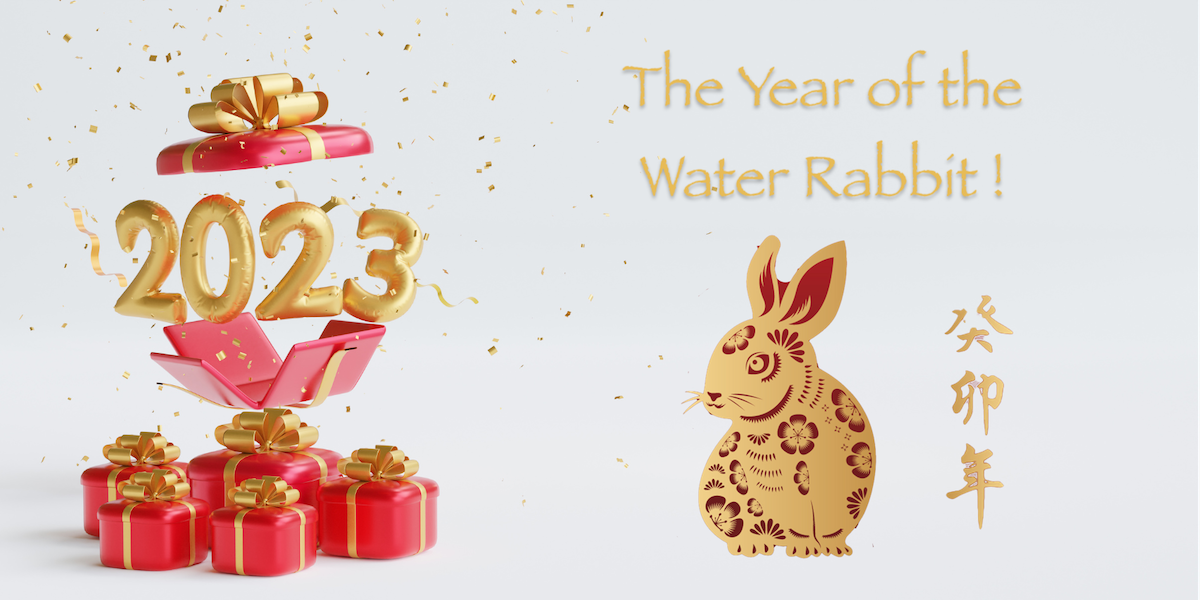 2023 is a Year of the Water Rabbit beginning from January 22, 2023 (Chinese New Year) and ending on February 9, 2024 (Chinese New Year). The rabbit sign is a symbol of longevity, peace and prosperity in Chinese culture.

The rabbit is the fourth in the twelve-year cycle of animals that appear in the Chinese zodiac related to the Chinese calendar.

People born in a year of the Rabbit are called “Rabbits” and are believed to be vigilant, witty, quick-minded, and ingenious.

The most compatible zodiac signs for Rabbits are Goats, Dogs, and Pig

According to Chinese astrology, Rabbits are predicted to be gentle, calm, elegant and alert, as well as quick, agile, kind, patient and very responsible, sometimes reluctant to reveal their thoughts to others and tending to escape from reality but always loyal to those around them . 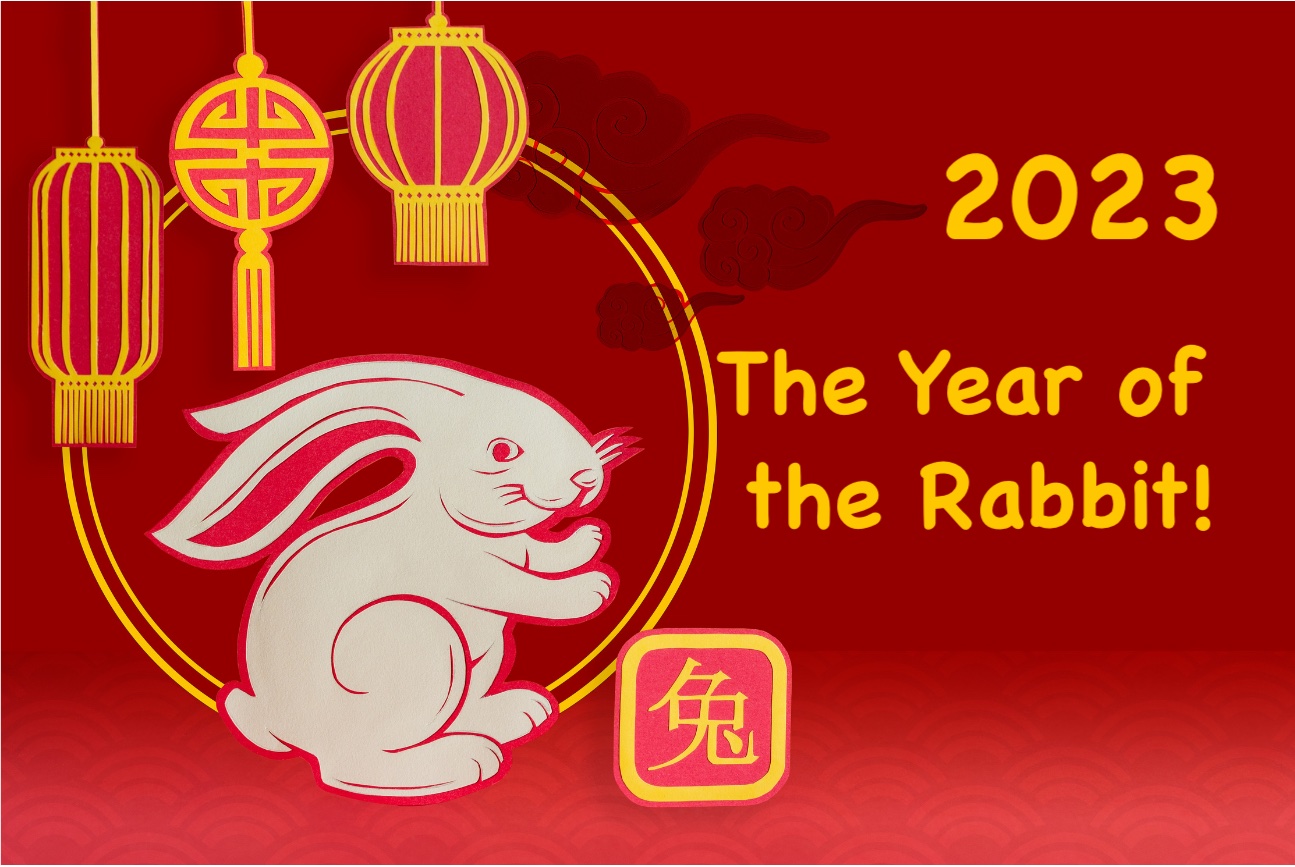 Male rabbits excel at always treating people with courtesy, with a gentle smile that makes them feel believable and sincere. When faced with difficult situations, they never become discouraged but remain persistent in their quest to find solutions. This means that they eventually achieve enviable success.

The rabbit is the fourth animal sign in the Chinese zodiac.

The 12 zodiac animals are in this order: rat, ox, tiger, rabbit, dragon, snake, horse, goat, monkey, rooster, dog and pig. Each year has an animal sign according to the 12 year cycle.

The Chinese zodiac year usually begins with the Chinese New Year, which dates from late January to mid-February. So if you were born in January or February in any of the years above, you could be a Rabbit or possibly a Tiger. 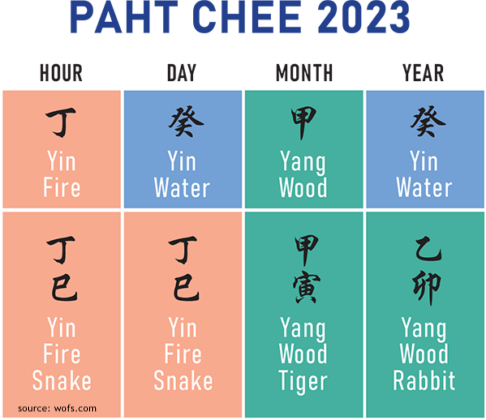 In a short time, we will be welcoming the Year of the Rabbit, whose docile and diplomatic traits foretell a calmer year ahead. Compared to the tiger, the hare is more agreeable and often prefers tact and negotiation to open hostility, but although the hare is less fierce, it is also as cunning as a fox.

The Paht Chee chart of 2023 is unbalanced, indicating continued instability and disorder.

A lack of METAL and EARTH, representing resources and power respectively, pose ever-evolving challenges, although the year seems more subdued, which is why everyone needs the 5 Element Balancing Amulet.